Welcome to my website which contains a growing number of archive pictures and all the new stuff I'm taking. Right now, there's 80,000 plus pictures to view or buy.

The world's getting back to normal after Covid which means my travels have resumed with a vengeance - as have the press trips and events. I've visited Germany several times for work this year and also added travel images from Greece. Expect more exotic destinations to appear shortly...

Like most freelances, I'm feeling the pinch financially as the world recovers from Covid, the war in Ukrainse and (here in the UK) economic problems caused by our own Government. So, if you'd like to buy copies of any pictures (prices start from as little as £1.29) you can buy prints through this website. I'd be very grateful for your support. Of course, you can also show support by buying me a coffee! https://ko-fi.com/paulbigland68312

I hope you continue to enjoy the stroll down memory lane that the archive pictures will provide. I've added several thousand old slides during the 'lockdown' years, but still have more to complete when time permits.

I'm a freelance professional photographer, journalist and blogger who works (mostly) in and around the rail industry.

My pictures and articles appear in a host of magazines including RAIL, Modern Railways, The International Railway Journal, The Railway Magazine, Railways Illustrated, Tramways and Urban Transit, Railnews and Rail Business Daily. I also supply pictures to the national newspapers and media which includes The Times, Daily Mail, The Guardian, The Independent The Telegraph and the BBC. Pictures have also been used in many books over the years – including the Lonely Planet series of travel guides.

Besides the railway images I’ve a large library of worldwide travel pictures featuring dozens of countries from all corners of the planet.
Contact Info
© Paul Bigland Photography
Featured Galleries & Collections

The aircraft and airports gallery..

The Railway Children 3 Peaks By Rail 2019

A visit to Siemens to see the SWT Class 707s

A trip to Siemens in Munich 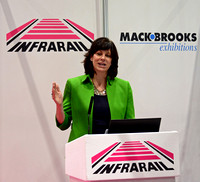 Another visit to Siemens in Krefeld & Wildenrath, Germany

RVEL unveil the future of the Class 73's

Siemens show off the Inspiro tube train for London

TOC's past: Wales and West

A trip on the Royal Hungarian Express. Hungary, 2004.

A trip on the Cathedrals Express

EMT line up their fleet

The Berliner - the British Military train

From the archive: Leaf fall training..

24 hours in the life of London: From euphoria to horror...

From the archives: Wolverton Open Day 1993

Ships and shipping from around the world

From the archives: Bombardier Derby, August 2008

The aircraft and airports gallery..

Portugal travel and transport May 2010

Farewell to the Irish Mk3s.

FGW and the rebranded GWR franchise

Open All Photographs
Guestbook for Paul Bigland Photography
Groot(non-registered)
I never have seen a photographer who concentrates his projects on the rail networks of a country. And I think that does makes you stand alone in the photographer’s community. Actually, it is a good thinking as it will give you a unique identity.

http://www.windows10updater.com
Mark(non-registered)
Tyneside Metro isn't correct. It is called Tyne & Wear Metro for a reason. It's within Tyne & Wear county and the system serves BOTH Newcastle and Sunderland.
Preyas Pandya(non-registered)
Excellent Collection, Paul! Loved the Indian pictures, especially!
Mike Wilcock. Vale of Glamorgan(non-registered)
Excellent collection in Manchester. It's 40 yrs since I worked in the city centre. I must get back to take some shots. I like the inclusion of the passengers etc to create the whole scene. Too many shots by others just show the tram/loco which could be anywhere. Thanks again for sharing.