The irony of this bunch holding a banner claiming Manchester says 'No' to Hs2 is that none of them are from Manchester! They're the Mid Cheshire against Hs2 group. Greater Manchester is so 'against' Hs2 that not a single person from a population of over 2.7 million turned up to protest!

This is a typical example of how thin on the ground the anti Hs2 campaign is. Despite Hs2 coming directly into the centre of Manchester the city doesn't have a single anti Hs2 action group!
NIKON CORPORATION NIKON D4, f/5 @ 12 mm, 1/200, ISO 1000, No Flash
Categories & Keywords
Category:
Subcategory:
Subcategory Detail:
Keywords: 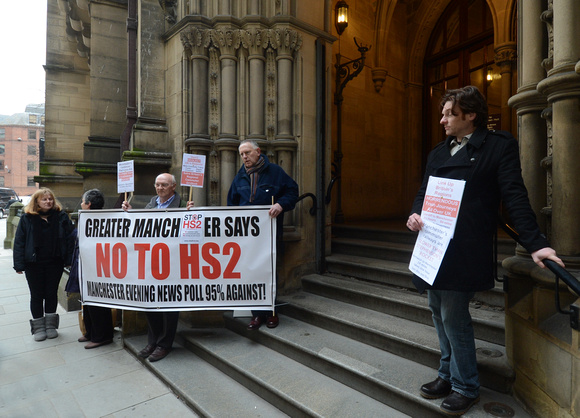